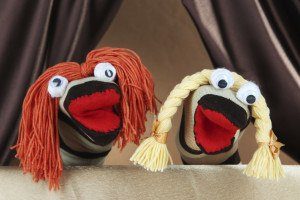 A new poll just released today has Dr. Ben Carson tied with Donald Trump for the GOP lead in Iowa with 23 percent.   Dr. Carson’s slow methodical rise in popularity may reflect that the general public is tired of career politicians that perform like corporate sock puppets.    Can a physician rise to the highest level of office in the United States?  I believe not only can Dr. Carson become president but that he would do an extraordinary job as commander and chief.   As a pediatric plastic surgeon, I believe that closer analysis of Dr. Carson reveals he would make an outstanding president of the United States.

The discipline and sacrifice required to become a pediatric neurosurgeon is in itself remarkable.  To achieve the level of success that Dr. Carson has achieved in neurosurgery is a testament to his intelligence, courage, and self discipline, all desired/required traits of a true leader.   To be the first pediatric neurosurgeon to separate conjoined twins in 1987 with both surviving gives us an insight into his character.  This 22 hr. surgery not only took stamina and concentration but incredible courage.  This was a highly publicized surgery on the world stage where success would result in grateful parents but failure in global criticism.  Dr. Carson knows how to weigh the risks and is not afraid to take the path less traveled. 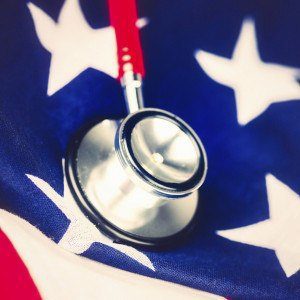 Let me break it down for you in simple terms.  Dr. Carson was a professor of neurosurgery, oncology, plastic surgery, and pediatrics at Johns Hopkins Hospital and became the youngest director of pediatric neurosurgery just a few years after completing his residency.   While many may just dismiss this meteoric rise at Johns Hopkins to his surgical skills, I can assure you that NO ONE rises in such a highly competitive  academic world without strong administrative skills and extraordinary intuition to navigate the medical bureaucratic maze of one of the most prestigious hospitals in the country.  Unlike the corridors of congress where bluster and lobbyist pave the way to success, a surgeon on the rise has to produce and show incredible efficiency in surgery, research, and administration while his colleagues wait in the wings for any misstep.   This medical hat trick is performed while under the proverbial microscopic of numerous boards and panels.  Dr. Carson did this when he was 33 years old!

While many of today’s politicians and lawyers (yes most are synonymous) suffer from cognitive dissonance ,  physicians are trained with ethics that don’t contort to their personal advantage.   All medical students learn primum non nocere, “first do no harm”.   Ben Carson has personified that early principal that has laid the foundation for his life.   It will take selflessness, courage, and clear eyed character to lead our nation back to greatness.   Yes Dr. Carson is soft spoken.  He doesn’t need an over the top delivery because he is living an over the top life.  Can a physician heal and repair the 8 plus years of weak knee, limp leadership that has put our nation in a downward spiral.   I believe Dr. Carson is the right prescription for what currently ails our country.

« Drink More Water! How I Would Destroy a Healthcare System in 5 Easy Steps »